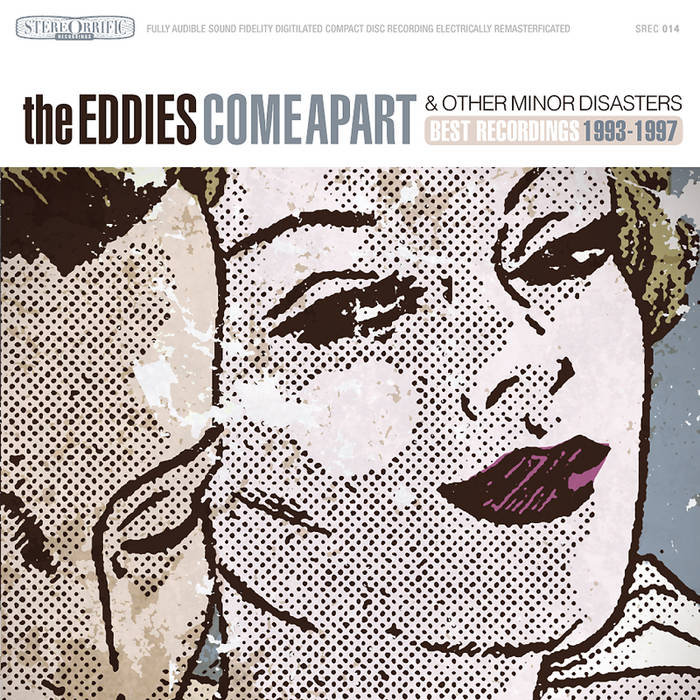 from The Memoirs of Rupert Orange:
"....We burnt our gaslit nineties in a glass of porter in a bar called Toad in a square called Porter that came as a bridge between Cambridge and Somerville, a sweaty city of Greater Boston whose prior claim to rock was "The Monster Mash" by Bobby "Boris" Pickett. There we heard music by a group of ethnic suburbanites who I believe referred to themselves as "The Freddies" ["The Eddies" -Ed.] for reasons with which I'm unacquainted and which seemed, moreover, to elude even them. These "Eggies," formerly known as "Skunkhead," sounded like a Kinks coverband that only played songs by the Modern Lovers, with an occasional nod to Johnny Cash. They made an indelible impression upon my memory; I can't recall whether the bass guitarist was a man or a woman, but I think we once spent the night together. I know the lead guitarist Jake was rumored to be the son of Ted Nugent, hence "The Teddies," though personally I assumed the name alluded to Kennedy, an MTV VJ who later became a senator. The singer, Jeff, was like some bronze god crooning before a crowd of gold and silver people, all of whom wished they were home drinking alone. I got to know the drummer, Jack, pretty well; Toad was so tiny he had to flip a drumstick so you could slip past into the men's room, which for me in those days was a fairly frequent event. No wonder they were known as "The Edgies"! I heard they all joined the Oscillators after that band was no good anymore. Still I always thought they should have made a record...."

Bandcamp Daily  your guide to the world of Bandcamp