Love Is Made Of Sky 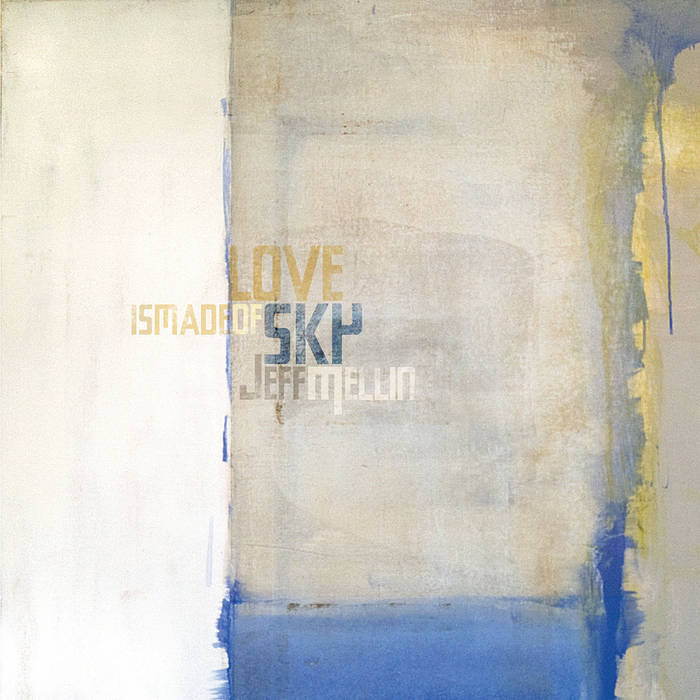 A few years ago, singer-songwriter Jeff Mellin made a discovery. While compiling lyrics for his retrospective book, Skin & Bones, he realized there were a handful of songs -- some of his better songs, he felt -- that he’d never properly arranged, recorded and released. Maybe some had been too earnest for his old band’s (The Eddies) loose, brash, ironic sensibilities. Some may have called for fuller, more aggressive arrangements, but had been written in times he’d played more stripped-down fare.

Whatever the reasons, these songs slipped through the cracks.

Eager to get back into the studio, Jeff contacted his old friend and collaborator, the producer Pete Weiss (known for his innovative work with artists such as Willard Grant Conspiracy, Two Dollar Pistols, Charlie Chesterman, Bow Thayer & Levon Helm, and Don Lennon) to bring these songs to life. Mellin also enlisted his brother Joel Mellin, (the former Oscillators/Miss Mary mastermind and current NYC-based avant-garde composer) to help out with guitar, piano and sonic ideas, and drummer John Clarke (Charlie Chesterman, Sool), the man responsible for the vintage back-beat driving Jeff’s Saves The World album.

To complete the band, they invited Doug Yule (of Velvet Underground and currently, Red Dog, fame) who had just wrapped up a tour playing bass with Pete’s instrumental guitar group, the Weisstronauts. So, snowbound for a weekend in Pete’s Vermont studio, they dug into the sessions that would become Love Is Made of Sky.

While finishing the record over the next few years, they made another discovery. The more time they spent with these seemingly disparate songs, the more connective tissue was revealed. Was it always there, the reason these songs had accumulated on the sidelines? Or did it develop in the the process?

Impossible to say. But the resulting EP blends seamlessly from song to song, and while there isn’t a “love song” in the lot, a multi-layered portrait of love emerges: Its naive passion and obsession ferments and festers in the abstract collage of “Blue Eyes Goodbye Because I Love You”; its reckless, restless excess and self-destructive appetite spatter through “Smile Like A Lemon Peel, Kiss Like A Paper Cut” (featuring Helen King & Stephanie Goodman of the fabulous UK post-pop group Shrag); it’s resiliency and optimism shine in the endless Summer folk-pop of “Blue Eyes Brighton Bus Stop” (featuring the backing vocal talents of Orange Nichole’s Nichole Ferree); and it’s longing, isolation and, ultimately, promise emerge from the long strokes and open spaces of the arresting, meditative closer, “Half-Circles” (featuring an inspired extended bass improvisation from Mr. Yule).

Jeff’s acoustic versions of “Smile Like A Lemon Peel” and “Blue Eyes Brighton Bus Stop” intended originally as demos for other artists, as well as alternate single mixes of both songs by Pete Weiss, are included as well, offering insight [deleted giving extra] into the song craft and the record’s evolution.

This limited edition CD package features a new liner-note poem from Garrett Caples, a full-color booklet of lyrics and set of mini-prints of paintings by Scott Vradelis backed with photos of the recordings sessions, all printed on beautiful eco-friendly recycled stock. Jeff has hand numbered and initialed each package.

Bandcamp Daily  your guide to the world of Bandcamp